Propane is one of the most used fuels, it fits the definition of LPG perfectly, propane is a gas at standard temperature but can be liquified on being compressed and this property makes it a safer fuel to use, it is widely used in many fields.

Propane is not found in isolation, it is always found in combination with other hydrocarbons. It can be produced during natural gas processing and oil refining.

When raw natural gas is obtained from the ground it consists of various other gases and impurities too, so processing is required to obtain clean and dry natural gas and to prevent condensation of volatiles in natural gas pipelines.

After getting propane from natural gas an odorant is added to it as it is colorless and odorless and the addition of odor would prevent propane from being leaked.

Half of the propane used in the US comes from natural gas processing.

Liquified petroleum gases are produced at various stages of oil refining and the main constituents of these LPG gases are propane and butane.

Propane is produced by fractional distillation of crude oil under pressure or stabilization. During this process, heavier hydrocarbons sink to the base and light hydrocarbons such as propane are extracted from the top layers easily.

Propane is used commercially as well as in daily life as it is one of the safest and efficient fuels in the world.

Propane is widely used for cooking purposes in the home, propane tanks are used in grills and it is also very commonly used in ovens and cooktops. Cooking with propane is cost-effective also as it just costs half than cooking with electricity.

Propane is used in space heaters and water heaters as a fuel, propane heaters can provide effective space heating and at the same time, they are environment friendly also.

We use repellents to get rid of mosquitos but they only give us a temporary solution, A propane mosquito trap prevents your home and backyard from mosquitoes permanently without any noise or odor.

Propane-fueled generators keep your home appliances running at the times of power cut, these are reliable sources of power and can be used in extreme weather conditions.

Propane in commercial use

Besides being used in day to day life, propane is also used on a large scale commercially, as it is a reliable and efficient source of energy, from hospitals to manufacturing units all are using propane.

As a fuel for vehicles

Propane is used as a fuel for vehicles, commercial propane that is used as fuel to vehicles such as buses, taxis, auto, trucks is named as autogas. By using propane the working life of your vehicles’ engine increases and the fuel cost for your vehicle decreases.

Large buildings are being powered by propane, you can use propane to heat or cool your place as it is used in refrigerators and heaters also, no matter which type of company you have you always need fuel for your building like in restaurants propane is used for cooking food and many other things, it can also be used in drying, soldering, etc.

Farmers use pesticides to protect their crops from pests, but these pesticides are expensive as well as damage the crops also, but another method known as flame cultivation is also used to protect crops from pests and it is a more reliable method than using pesticides. propane can be used very efficiently in flame cultivation, this process is environmentally friendly and cost-effective also. It also helps in the drying of hay, soybeans, Tobacco, etc.

Propane is used in fueling forklift as it causes very little pollution and can run efficiently without being recharged for a long time. You can use any pan on a propane stove, but some are better than others. It would help if you always used a flat-bottom pan the same size as or…

Swimming pools = a lot of fun. Most of us love diving and lying in the pool during the summers. The cool water refreshes our body and makes us settle…

Apparently, you’re having a problem with the pilot light on the propane heater and you’re getting confused. Don’t worry about it. This guide below will surely help you to get… Changing the wick of kerosene heaters can be easy if you have the perfect tools. Kerosene heaters are divided into various sections. The wick section is at the bottom of… When it comes to whitetail deer hunting, a personal propane heater is an excellent tool. It can keep you warm and comfortable while sitting in your tree stand during those… Propane heaters are one of the most popular heater types on the market. They are inexpensive, easy to use, and can easily be moved around to different rooms if needed…. 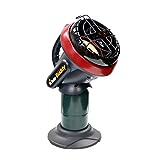 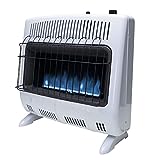 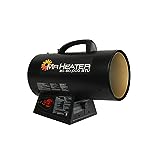 Affiliate Disclosure propaneheater.review is a participant in the Amazon Services LLC Associates Program, an affiliate advertising program designed to provide a means for sites to earn advertising fees by advertising and linking to amazon.com and its Associates 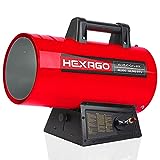 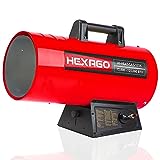 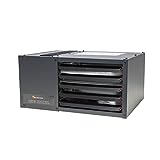 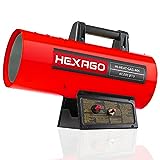